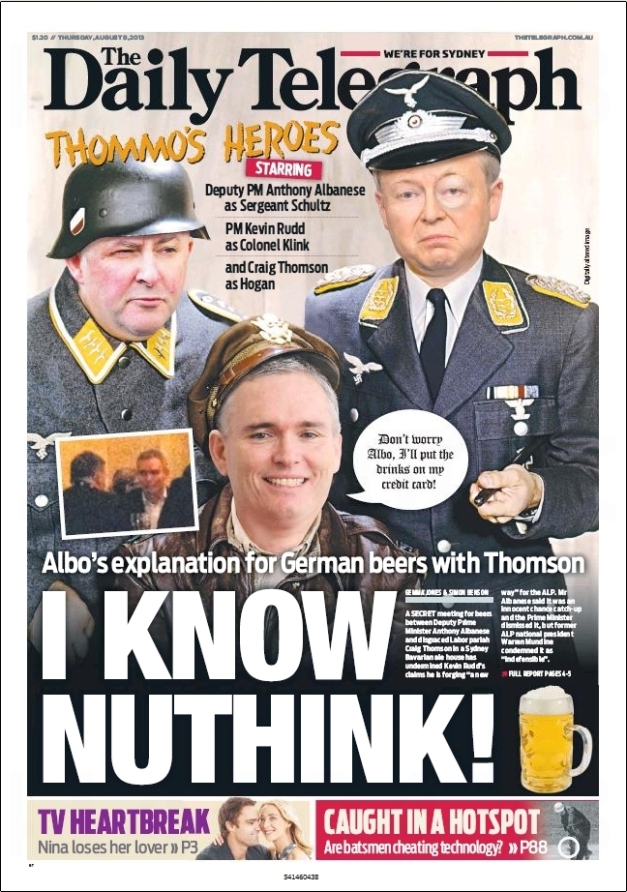 However, what can you expect from the The Daily Telegraph when most of their high-profile journalists are politically conservative.

A Roy Morgan credibility survey found that 40 per cent of journalists polled viewed News Limited newspapers as Australia’s most partisan media outlet, ahead of the ABC on 25 per cent.

At the Australian Federal Election in 2010, the Telegraph endorsed the Liberal-National Party Coalition and Tony Abbott.