Continuing the fire brigades theme, here are a number of photos taken at a bush fire in the Gretley Colliery area of Wallsend off Downie Lane. The fire was tucked away in a remote parcel of bushland and it took firecrews a little time to locate the seat of the fire.

Fire running up the hill

When the fire was located, it was decided that a backburning operation would take place to minimise fuel available for further bushfire in this area.

It took a number of hours to eventually extinguish the slow burning fire which burnt out approximately 3 hectares of bushland. The ignition was probably arson. 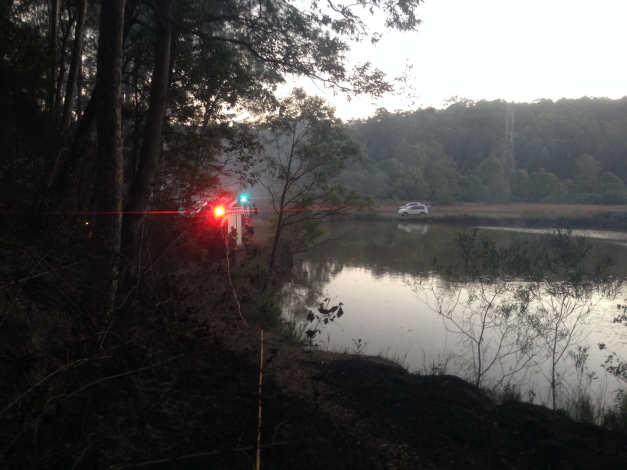 Looking over the lake

A tanker parked at the side of a small lake. 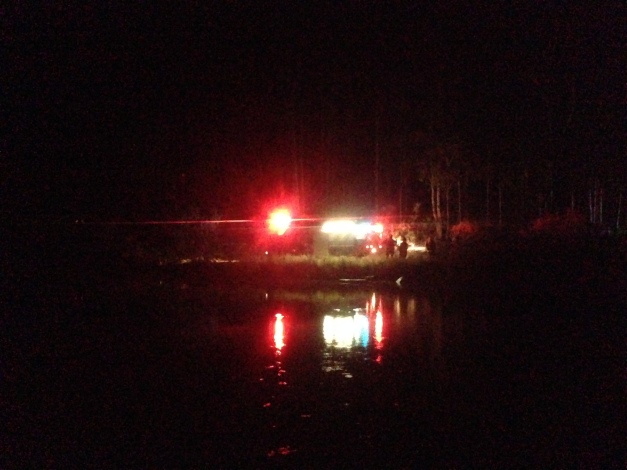 All done! Time to return to station!

A 21-year-old man has been charged after allegedly assaulting a female ambulance paramedic in the Sydney city overnight.

At about 2.20am Sunday, police from Operation Simmer were patrolling George Street, Haymarket, when they came across the man who they said was unresponsive and possibly intoxicated.

Officers called for assistance from NSW Ambulance, whose paramedics attended a short time later.  Police allege that as a female paramedic attempted to treat the man, he struck her in the face and pushed her to the ground, before starting to kick her.  Police intervened and after a short struggle, the man was arrested.

The paramedic, who has taken time off from work, suffered wrist and back injuries, as well as contusions to her face, a NSW Ambulance spokeswoman said.

The Plumpton man was taken to Sydney City Police Station and charged with common assault.  He was granted conditional bail to appear before the Downing Centre Local Court on February 24.  Operation Simmer focuses on Sydney’s CBD, Darlinghurst and Kings Cross, is conducted in the city every weekend as part of a summer-long crackdown targeting alcohol-related crime and anti-social behaviour.

This is just another example of a cowardly attack on a female paramedic by an intoxicated lout. NSW Ambulance has indicated that they have a zero tolerance on violence directed toward paramedics, and will pursue offenders vigorously through the courts. I know this paramedic believes the full weight of the law should be applied to the perpetrators of these cowardly acts. Assaulting a paramedic carries the same sentence as assaulting police.