Dramatic video footage emerged showing the TransAsia Airways plane clipping a taxi and  bridge as it came down shortly after take-off from a Taipei airport.

The plane, carrying 58 people, broke up as it plunged into Taipei’s Keelung River. The fuselage was later salvaged by crane. Three people in the taxi were slightly injured and were treated in hospital

There were 15 survivors pulled from the wreckage but 12 people remain missing.

The incident is no longer a rescue mission, but a recovery operation.

Television footage showed some passengers wading clear of the sunken wreckage and a toddler being pulled out alive by rescuers.

Emergency teams cut open the plane while it was in the water but were unable to reach the passengers trapped in the front section of the fuselage.

As night fell, a crane was being used to lift the fuselage on to the river bank. The death toll was expected to rise as rescue teams searched the wrecked aircraft and the river for 12 missing passengers.

The aircraft had just taken off from Taipei Songshan Airport and was heading to the Kinmen islands, just off the coast of the south-eastern Chinese city of Xiamen.

It is the second TransAsia ATR-72 to crash in seven months, following an accident last July which killed 48 people and injured 15.

The final communication from the pilots to air traffic control is said to have been “Mayday, mayday, engine flame out”, according to a recording played on local media. The recording was not immediately verified by aviation officials. 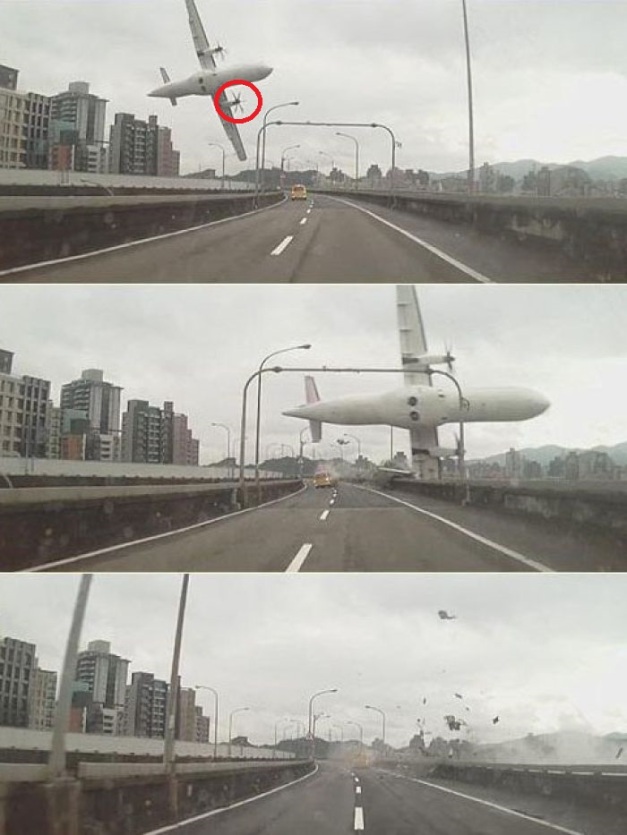