The operator of an airport fire engine that ran a red light and killed three people in a crash has been ordered to pay $160,000 to the Commonwealth for breaching the Occupational Health and Safety Act. 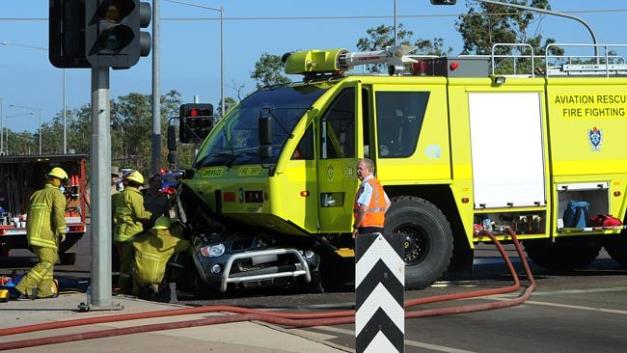 Renowned architects Greg McNamara, his wife Lena Yali, and Kevin Taylor died when the fire truck, which was on its way to assist at a fire at Wyuna, collided with their car in Darwin in 2011.

The airport fire trucks occasionally assisted on jobs outside of the airport grounds.

Airservices Australia admitted fault in 2013 during a coronial inquest, and conceded the training provided to drivers was not adequate.

They argued it breached the Occupational Health and Safety Act.

Justice John Reeves today handed down his judgment finding Airservices breached the act and ordered it to pay the fine.

Justice Reeves noted the “airport fire engine was much larger than the majority of other vehicles driven on public roads, and the potential for serious injury and damage if they come into collision with another vehicle or a pedestrian is obvious”.