I don’t want to shake YOUR hand! 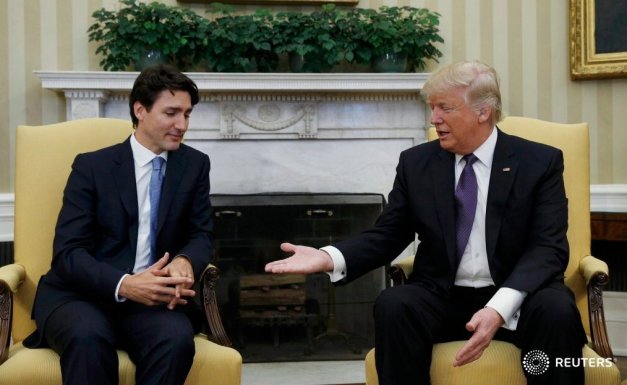 It was a meeting focusing on trade, immigration and defence.

And so it was when US President Donald Trump met Canadian Prime Minister Justin Trudeau in Washington on Monday (US time).

While the pair reportedly enjoyed fruitful talks centring on their historically close relationship, most of the attention fell on the sideshow. Namely, a handshake.

The photos which have gone viral since the meeting, shows Mr Trump extending a hand, seemingly inviting Mr Trudeau to shake it, while Mr Trudeau looks at the hand, non-committal, hands clasped and arguably quizzical.

The picture was manna from heaven for the jokers on social media platforms.