The Police or the Army? Whose role is it?

While considering the recent insurgent action in the northern Macedonian city of Kumanovo which resulted in the deaths of eight police officers, I found myself thinking that this was not an action for the Macedonian police (PM), but rather an action which falls under the purview of the Army of the Republic of Macedonia (ARM). 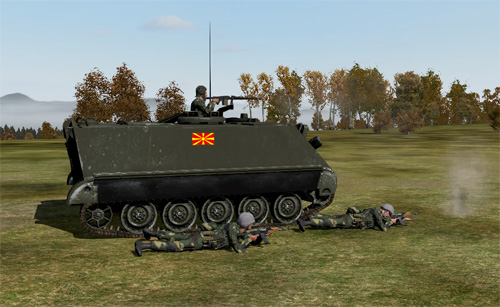 Army of the Republic of Macedonia (ARM)

The role or charter of the ARM is

The written role or charter of PM is a little harder to identify. In part their role is to obey and enforce the laws of RoM for the people. It also manages entry, exit and visa activities at international borders point, and international airports, provides security for foreign embassies and consular buildings, and manages and issues passport and passport renewals. It provides policing on the lakes of Macedonia which form international boundaries with Greece and Albania. Again, this is seen as an army role, as they manage the country’s borders generally. Some of these roles are not policing in nature, and can (or should)  be managed by other agencies.  The Police of the Republic of Macedonia also works closely with the NATO peacekeepers in patrolling areas with high numbers of ethnic Albanians along its borders with Kosovo and Serbia.

It has been stated in the media that the rebel uprising was led by five Kosovars supported by ethnic Albanians from the Kosovo region. As it would appear that this threat arose in a foreign or neighbouring country, repelling it would be a matter for ARM rather that PM.

However, PM sees itself as the superior or premier law enforcement organisation in RoM, with the ARM playing a very clear and distinctly minor secondary role in defence of the country. In the case of this rebel uprising from Kosovo it is clear the police saw this as their role to manage rather than that of the ARM. PM is largely an inefficient, inflexible, authoritarian organisation, political in nature, with many ideas and functions relating to its socialist past. However its role is purely domestic in nature, protecting the citizens of the Republic.

Eight police officers and 14 alleged members of an armed group were killed in fighting in a northern Macedonian town of Kumanovo authorities have said, amid increased concern about the political stability in the Balkan nation that has a history of minor ethnic hostilities.

Interior ministry spokesman Ivo Kotevski said another 37 police officers were wounded in the clashes that started on Saturday. By Sunday Kotevski stated that the police operation was now over and that “one of the most dangerous terrorists groups in the Balkans has been neutralised”.

He said police stated the 14 individuals were believed to be members of the armed group. Some of the killed wore uniforms with insignia of the disbanded Kosovo Liberation Army. No identification documents were found on the deceased.

Macedonia has announced two days of official mourning for the eight PM officers killed in action.