Indeed it may have been.  But it was enough to bring down the premiership of the NSW Premier, Mr Barry O’Farrell. 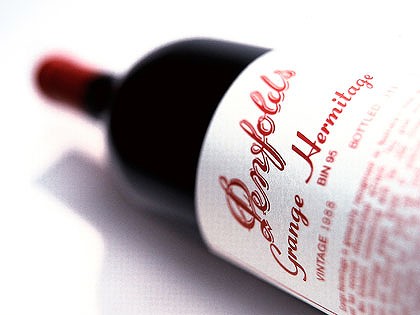 The NSW Liberal Party who came to office with Mr O’Farrell pledging honesty, transparency and openness in government was forced to resign his position after it was revealed that he had received a bottle of 1959 Penfolds Grange Hermitage valued at AU$3,000, from a key player in the ICAC inquiry into the Australian Water Holdings and Eddie Obeid. It now appears that the parliamentary Liberal Party is just as susceptable to venality as the one it replaced.

On Tuesday, the Independent Commission Against Corruption heard that Mr O’Farrell was sent the Penfolds Grange Hermitage by Nick Di Girolamo as a congratulatory gift following his March 2011 election victory. Mr Di Girolamo, a Liberal Party fund-raiser and key player in the ICAC’s inquiry into Obeid-linked company Australian Water Holdings, revealed to the inquiry yesterday that the wine was couriered to Mr O’Farrell’s home in Roseville and later received a thank-you call from him.  However, under oath Mr O’Farrell denied ever receiving the wine or making the call. This was despite telephone records showing Mr O’Farrell called Mr Di Girolamo at 9.30pm on the day the wine was purchased.  Furthermore, documents were tendered to the ICAC from the courier company, Direct Couriers, which shows the Grange was picked up from Australian Water’s offices at 3.38 pm on April 20, 2011 and delivered to Mr O’Farrell’s home at 4.31 pm the same day.

The thank you from Barry O’Farrell, acknowledging the receipt of the bottle of wine.

When the note was tendered there was quiet and shock in the inquiry chambers as it was realised that this would be the end of Mr O’Farrell’s premiership and perhaps his parliamentary career.

In a statement, Mr O’Farrell said, “I still can’t recall the receipt of a gift of a bottle of 1959 Grange, I can’t explain what happened to that bottle of wine.”  He added, “But I do accept that there is a thank-you note signed by me and, as someone who believes in accountability, in responsibility, I accept the consequences of my action.”  “The evidence I gave to the independent commission against corruption yesterday was evidence to the best of my knowledge”.  “I believe it to be truthful and as I said yesterday it’s important that citizens deal with police, deal with the courts and deal with watchdogs like ICAC in a truthful fashion.”  “In no way did I seek to mislead, wilfully or otherwise, the Independent Commission Against Corruption. But this has clearly been a significant memory fail on my part, albeit within weeks of coming to office, but I accept the consequences of my actions.”

He went on to say, “And that is that, as soon as I can organise a meeting of the parliamentary Liberal Party for next week, I will be resigning the position of Premier and enabling a new Liberal leader to be elected, someone who will then become the Premier of NSW.”

There has been no suggestion Mr O’Farrell acted corruptly or gave an advantage to Australian Water and midlead the ICAC inadvertantly , however the gift should have been declared on the pecuniary interests register, but it was not.

Late Thursday afternoon it was revealed that Mr Mike Baird had won the ballot and has been elected therefore as the next Premier of NSW.