Putin Is Trying to Reconstruct the Russian Empire 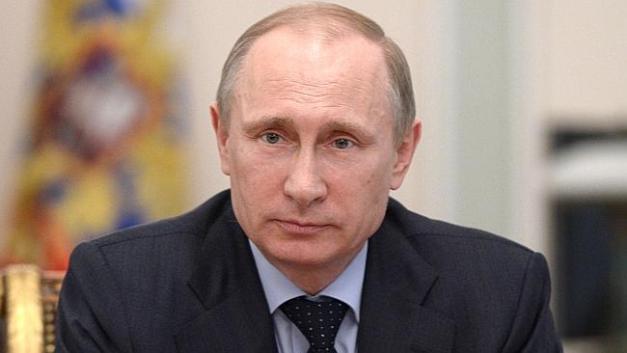 After the bloody suppression of a patriotic demonstration in Warsaw in 1861, Alexander Herzen wrote to Tsar Alexander II: “You have become a common murderer, an ordinary thug.” He also described the Russian press as “shameless” and “unscrupulous.”

Today, perhaps we should repeat the words of this great Russian, and direct them at Vladimir Putin and his Russian press-men who are lying ceaselessly and insolently. First we hear that Poland trained the Ukraine fascist squads that terrorized the Maidan; next we are told that Putinist conquerors of the Crimea bought their weapons and uniforms in stores and that the Kremlin had nothing to do with it. Now we are once again hearing about the Ukraine state’s responsibility in the MH-17 disaster.

The 298 victims of the shoot down of the Malaysia Air flight are a result of Putin’s ruthless and cynical imperialist policies. It was his decision to arm and finance the so-called “separatists” who in reality are the Kremlin’s spy network and fifth column in the Donbass region. They were armed with Putin’s knowledge, approval and money.  And these people are the ones who killed random, innocent individuals.

Putin—with his KGB polkovnik mentality—does not want to let Ukraine follow its own path toward democracy and Europe. He wants to reconstruct the Russian empire. Inciting, upholding and supporting ethnic conflicts in Latvia and Estonia serves this aim, as does the creeping dismantling of Moldova, and maintenance of conflicts around Upper Karabakh. Indeed—this great power, this great Russian chauvinism is the final and highest stage of communism. And Putin understands progress as gradual and complete annexation of successive former Soviet states.

The European Union—accustomed to peace and quiet—has neither determination nor an understanding of the growing threat. The clichéd faith in the possibility of placating the beast is replaying over and over again. The blindness and loyalty of European political and business elites gives reason for concern. But there is nothing that releases us—intellectuals active in culture, scholarship, and media—from the duty to say clearly, stubbornly, and emphatically: This is very dangerous. We must not be allowed to repeat the naiveté once displayed by intellectual elites toward Hitler and Stalin. And back then we were not allowed to close our eyes to the annexation of Austria, Czechoslovakia, and the Baltic States.

My friend from Moscow says that there are two scenarios in which the Russian army will leave Ukraine: One realistic and the other miraculous. In the realistic scenario, Saint George will ride in on a dragon and use his fiery sword to chase this band of scoundrels away. That’s the realistic scenario. And the miraculous one? They’ll just up and leave on their own.

The policy of successive concessions leads nowhere. Putin is not a European-style politician; he’s a politician of permanent belligerence and aggrandisement. Much seems to suggest that he has already let the genie out of the bottle—crowds of mercenaries are moving from Russia to Ukraine, crowds of sentimental monarchists, Orthodox fascists, National-Bolsheviks, and the like. Arming these bandits with first-class weapons is simply criminal. It is a good thing that Poland’s current government has taken an honest and judicious stance—it’s not flexing its muscles but it’s also not succumbing to illusions or hypocrisy.

Source: Adam Michnik – a leader of the anti-Communist opposition in Poland in the 1970s and 1980s, is the editor-in-chief of Gazeta Wyborcza, where this piece originally appeared (as edited). Translated by Agnieszka Marczyk.